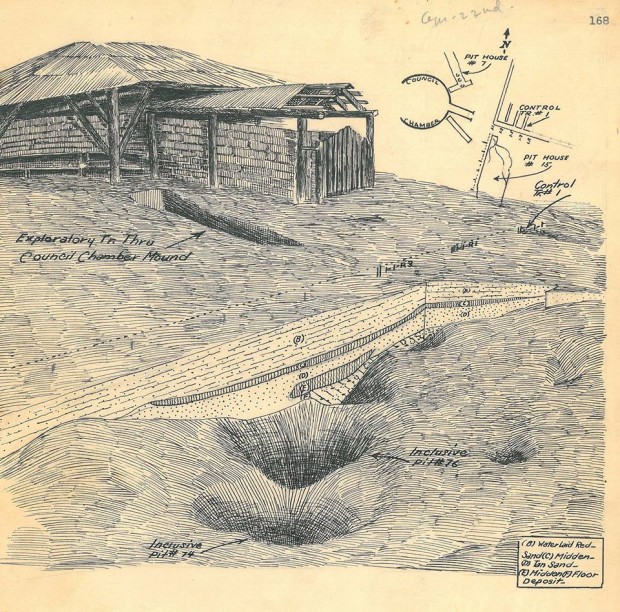 During the Great Depression in America, President Franklin Roosevelt created many programs as part of the New Deal to put people that were unemployed back to work. One such program was called the Works Project Administration (WPA). Under this program many people were put to work building roads, bridges, and parks. Yet, other people were put to work on cultural projects as an investment for the future of the American public. This included people working on recording former slave narratives, photographing the plight of Midwestern farmers, and a variety of people to work on archeological sites. Some of the people that were hired to work at the archeological sites were given unskilled tasks in field work such as digging excavation trenches and pits, as well as artifact numbering and curation. Not everyone that needed a job at that time was an unskilled laborer, many trained and talented artists were unemployed, so they too joined the ranks of the WPA on many projects. Some of the public might be familiar with the WPA artists that created posters for the New Deal programs or public works of art. But there were also other projects that these artists worked on, including being an onsite artist to capture the daily findings of an archeological excavation. These artists worked alongside archeologists in replicating the daily artifact finds, as well as a detailed overview of the site and excavation pit for the archeological records.

The following art is a selection of illustrations by WPA artists, as found in the archives of the National Park Service’s Southeast Archeological Center. 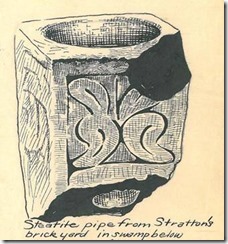 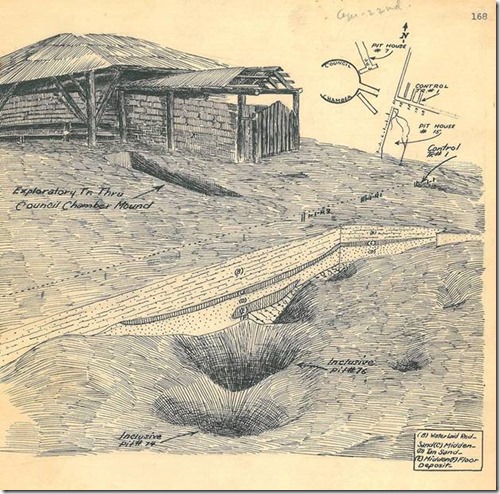 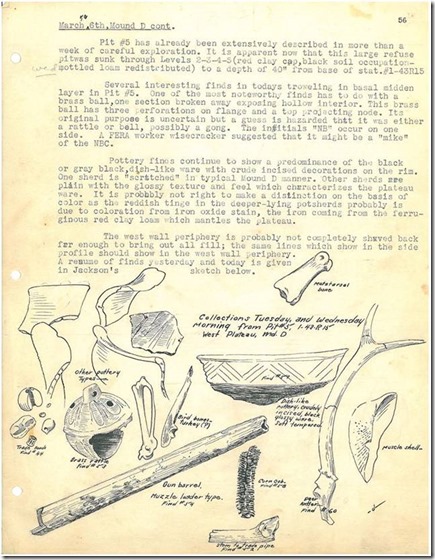 These illustrations are just a few of hundreds of examples of the work of WPA artists that are housed at SEAC. Many of the artifacts that are shown are part of the massive backlog of the Ocmulgee National Monument collection from this site that is still underway at SEAC. With over 2.5 million estimated objects in the collection that were mainly excavated during the WPA era digs, the work is still ongoing because of limited funding going towards the cataloging of artifacts and archives from a project that was started over eighty years ago. Many of the archeological digs during this period were a joint project between the WPA and the Smithsonian Institution.

For more information about New Deal Artists, check out:

A New Deal for Southeastern Archaeology, By Edwin A. Lyon 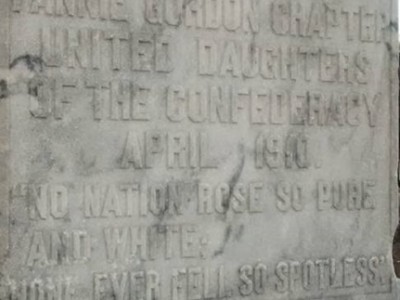 A pondering of Confederate Memorials, ‘Lest We Not Forget’ the way the South once was.
One hundred and fifty years ago, this week, the South surrendered in the Civil… 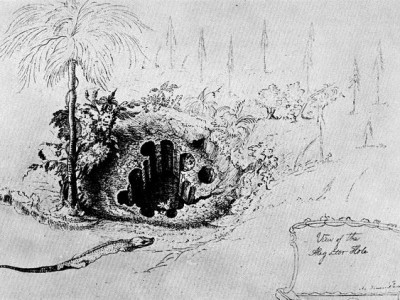 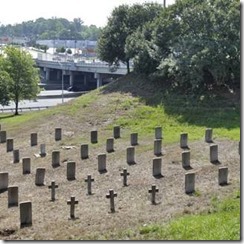